The Clarion Orchestra was founded in 1957 by conductor and musicologist Newell Jenkins. Beginning on modern instruments, then switching to period instruments in the 1970s, Clarion became one of the first period ensembles with a concert series in the United States. Shortly after Jenkins’ tenure, the series had a nearly ten-year hiatus until its revival in 2006 by the Clarion Board of Directors and Steven Fox. Since its revival the Orchestra has received critical acclaim, being called ‘stellar’ and ‘polished’ by The New York Times, and ‘legendary’ by The New Yorker. Many of the ensemble members are acclaimed as solo and chamber musicians and serve on renowned music faculties at The Juilliard School, Bard College, SUNY Purchase, Mannes School of Music and Yale School of Music; other members of the Orchestra are recent graduates of such programs. The Orchestra has played on such prestigious stages as Weill Recital Hall at Carnegie Hall, Alice Tully Hall at Lincoln Center, the Brooklyn Academy of Music (BAM), The Metropolitan Museum of Art and The Frick Collection in repertoire that has ranged from the early Baroque to the early Romantic. In 2009, The Clarion Orchestra was featured in Jonathan Miller’s iconic production of Bach’s St. Matthew Passion at BAM. And in the spring of 2017, the Orchestra, in collaboration with Christodora, produced its first-ever staged opera production, Mozart’s Magic Flute. The sold-out performances received critical acclaim in The New York Times, Opera News, The New York Concert Review and London’s Opera magazine, which reported, 'the generously sized period orchestra played superbly.' In recent years, the Orchestra has been a recipient of three Art Works grants from the National Endowment for the Arts. 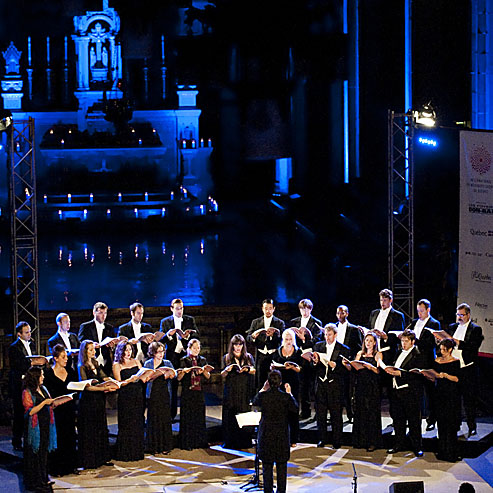 One of the country’s leading professional vocal ensembles, The Clarion Choir has performed on some of the greatest stages of North America and Europe. The group was featured on PBS’s NYC-Arts program in 2014, and their debut recording, released August 2016, received a 2017 GRAMMY nomination for Best Choral Performance, a nomination for the BBC Music Magazine Choral Award in England, and '5 Diapasons' in Diapason in France. The Choir's Lincoln Center debut at the 2011 White Light Festival was described by The Wall Street Journal as 'superb...the choristers sang with purity of tone and ensemble precision.' In 2014, the choir gave the New York premiere of Passion Week by Maximilian Steinberg, praised as ‘a stunning performance’ by The New York Times. In October 2016, the Choir premiered this same work in Moscow and St. Petersburg, where it was written in 1923, and in London. The Russian premiere, made possible by the United States Department of State, was hailed on Russian television (Vesti Rossiya 24) as 'one of the best examples of cooperation between our countries;' and the London performance at the Royal Academy of Music was called 'a beautiful UK premiere... expertly paced by the conductor Steven Fox, the singing was fluid and full of light and shade' by The Times (UK). In the spring of 2018 The Clarion Choir, together with brass players from The Clarion Orchestra, performed their third Renaissance program as part of the Met Live Arts program in the Medieval Sculpture Hall of the Met Museum. On May 7, 2018, the choir performed with Madonna at the Met Gala in a three-song set that included the world premiere of her new song 'Beautiful Game.’ In its 2018-2019 season, The Clarion Choir performed on tour in ten cities with Maestro Leonard Slatkin and The Orchestra of St. Luke's in the fall, and with The English Concert and Maestro Harry Bicket in the spring.

Conductor Steven Fox is Artistic Director of The Clarion Choir and The Clarion Orchestra, and is the newly appointed Music Director of the Cathedral Choral Society at the National Cathedral in Washington, DC. He founded Musica Antiqua St. Petersburg as Russia’s first period-instrument orchestra at the age of 21, and from 2008 to 2013 he was an Associate Conductor at New York City Opera. He has also served as Assistant Conductor for the Metropolitan Opera Lindemann Young Artists Program and for Juilliard Opera. He has appeared as a guest conductor with many renowned ensembles such as Philharmonia Baroque Orchestra in San Francisco, Handel and Haydn Society in Boston, Juilliard415 at Lincoln Center, the Charleston Symphony Orchestra, the Quebec Symphony Orchestra, Opéra de Québec, Music of the Baroque in Chicago and the Tucson Symphony Orchestra. In the 2019-2020 season he makes his conducting debut with The Rochester Philharmonic, at the University of Toronto, and with Cappella Romana in Portland and Seattle. His performances have also taken him to some of the most prestigious halls internationally, such as the Grand Philharmonic Hall and Hermitage Theater in St. Petersburg, Russia, the Rachmaninoff Hall in Moscow, the Duke's Hall of London, and the Vatican.

He has been called 'an esteemed director' by The New Yorker and 'visionary' by BBC Music Magazine. Of a recent Clarion performance, The New York Times praised his ‘deft guidance’ and wrote: ‘an inspired interpretation. Mr. Fox revealed the drama of the score with vivid dynamic shadings. Intonation and pacing were exemplary throughout the performance.’ In 2017, Steven and The Clarion Orchestra mounted the organization's first fully-staged opera production, Mozart’s Magic Flute. The production, staged by renowned Canadian director Alain Gauthier, was called 'a deft reach across two centuries' by The New York Times and 'a delight, on all fronts' by Opera magazine (UK). Steven was named an Associate of the Royal Academy of Music, London, in 2010 ‘for significant contributions to his field in music,’ and has received GRAMMY nominations for his first two recordings with The Clarion Choir: Steinberg's Passion Week (2016) and Kastalsky's Memory Eternal (2018). In May 2018, Steven conducted The Clarion Choir in a performance with Madonna at the Met Gala, including the world premiere of 'Dark Ballet'. He has given master classes and clinics at The Royal Academy of Music, Dartmouth College, The Juilliard School and Yale University, where he served for two years as preparatory conductor of the Yale Schola Cantorum. 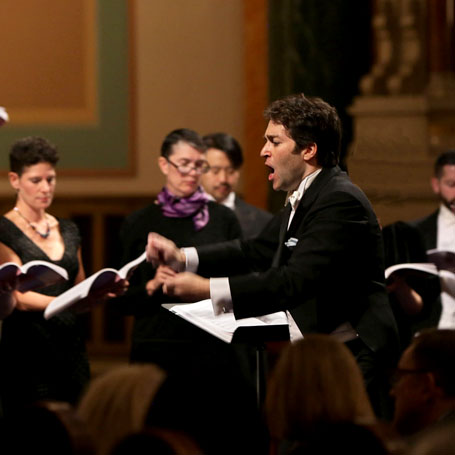 ‘Never seen in 20 years, I swear. The 100 choristers were ready to follow their conductor to the end of the world, because the presence of Steven Fox made all the difference. The American conductor distinguishes himself [with] astonishing results from his troops. What work he has accomplished.’ Le Soleil, on debut with the Quebec Symphony Orchestra, 23 April 2015

Past Board Members Laureate