This internationally award-winning recording has received the French honor Diapason D'Or Découverte, as well as being nominated for a GRAMMY for Best Choral Performance and, most recently, nominated for the BBC Music Magazine Choral Award (UK).

Passion Week is a previously unknown choral masterwork, written by Maximilian Steinberg in 1920s St. Petersburg, Russia. The piece was never performed in the composer's lifetime due to the Bolshevik ban on sacred music. Steinberg was a professor at the St. Petersburg Conservatory, the prized student of Rimsky-Korsakov, a classmate of Stravinsky, and the teacher of Shostakovich. He composed Passion Week in secret over a period of three years. A copy of the first edition of Passion Week ended up in the hands of Russian-American conductor Igor Buketoff in the 1950s. Due to his custodianship of the work, and that of his daughter Barbara Mouk and cousins Daniel and Tamara Skvir, the piece resurfaced in America in 2014, with premiere performances given by the ensemble Cappella Romana, who made the first recording of the work, and in an open reading and later the New York premiere of the work by The Clarion Choir.

Clarion had the great privilege this past October of traveling to Russia to perform this work for the very first time in the country where it was written. The choir gave the Russian premiere at the St. Petersburg Grand Philharmonic Hall, followed by performances in Moscow at Rachmaninoff Hall and the Cathedral of the Immaculate Conception. The group then traveled to London to give the UK premiere of Passion Week in The Duke's Hall of the Royal Academy of Music.

Some other honors and reviews the recording has received include:

iTunes Russia featured Passion Week this fall, during the The Clarion Choir's tour to premiere the work there.

‘...exemplary tone and diction... the choir’s blend is creamy and devoid of rough edges... luscious, uplifting Alleluias which round off the disc’s concluding “Let all mortal flesh” will surely encourage other choirs to tackle this newly restored masterpiece.’

‘compelling…the purity of tone is exceptional’ 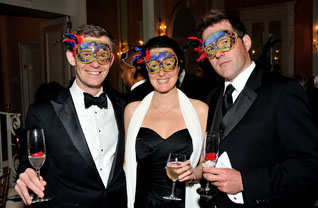 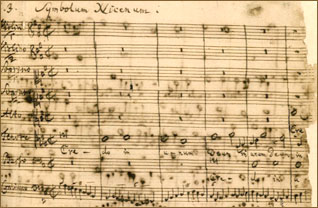